Ghouse to FBI - Robert Mueller, take that poster down 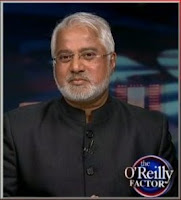 Mike Ghouse to FBI -  "Robert Mueller, take that poster down"First of all, as a society, we have a responsibility to keep law and order and faithfully guard the safety of every citizen. Hate is one of the many sources of disrupting the peace in a society and it is our duty to track down the source of such hate and mitigate the conflicts and nurture goodwill.

FBI routinely posts the pictures of  the wanted terrorists in the post offices and public places, and even displayed on TV networks – so, if people spot them, they can report.

Look at the stupidity of FBI – these terrorists are not in America, how will an American ever spot these dudes? That ad should be posted in Yemen, Saudi Arabia and Afghanistan, not here in America. That is waste of tax payer dollars.

The 2nd Mistake is. Terrorists come in all colors, religions and races – to place the Muslim ones exclusively is damn stereotyping and a cause of hatred and disruption. This ad has got to go.

No American has to live in tension, apprehensions and fear of the other, that is the kind of cohesive America we want to build.

I had warned Fox news right here on September 23 and again on October 8,  in two different appearances (http://www.myfoxphoenix.com/story/19631912/2012/09/25/controversial-anti-muslim-ad)  that the posters in the New York subway by Pamela Geller was dangerous to fellow Americans, particularly Muslim women wearing a scarf, Catholic women coming from a Church, Sikh Women, the older Hindu women with part of the Saree covering their head, the Non-Muslim women from Africa donning their cultural headdress. Does the city have a role in imbuing a sense of security in her people, or each citizen is on his or her own? Did you know a Hindu man was killed on the subway on mistaken Identity, is the security of that person means nothing? Who is responsible for the death of that individual?

I am proud of Congressman, Jim McDermott from Washington State to work against stereotyping any one.
McDermott, a Democrat from Washington state, voiced his “deep concern” about the ad, which shows mug shots of international terrorists, and asked the FBI chief to “reconsider publicizing” it.

According to McDermott, the “ad featuring sixteen photos of wanted terrorists is not only offensive to Muslims and ethnic minorities, but it encourages racial and religious profiling.”
McDermott continued, “Representing terrorists, however, from only one ethnic or religious group, promotes stereotypes and ignores other forms of extremism. The FBI’s ‘Most Wanted Terrorists List‘ includes individuals of other races and associated with other religions and causes, but their faces are missing from this campaign.”

My previous appearance on The O'Reilly factor -  http://theghousediary.blogspot.com/2013/06/ghouse-on-bill-oreilly-about-indonesian.html

--
Mike Ghouse is a speaker, thinker and a writer on pluralism, politics, peace, Islam, Israel,India, interfaith, and cohesion at work place. He is committed to building a Cohesive Americaand offers pluralistic solutions on issues of the day at www.TheGhousediary.com. He believes in Standing up for others and has done that throughout his life as an activist. Mike has a presence on national and local TV, Radio and Print Media. He is a frequent guest on Sean Hannity show on Fox TV, and a commentator on national radio networks, he contributes weekly to the Texas Faith Column at Dallas Morning News; fortnightly at Huffington post; and several other periodicals across the world. His personal site www.MikeGhouse.net indexes all his work through many links.
Posted by Mike Ghouse at 3:01 PM No comments:

SO WHAT IF IT IS A MUSLIMS PROTEST AGAINST BIKINI?
WE SHOULD APPRECIATE IT, IT IS A SIGN OF A HEALTHY DEMOCRACY.
Between Greg Gutfeld, sitting in for Bill O'Reilly at Fox News,  and Mike Ghouse, president of America Together Foundation about the Indonesian ban on bikini at Miss World Pageant.

I have stood up for every race, ethnicity, culture and religion,  and this time I am standing up for Muslim sensitivities to ban Bikini.  We have to respect their sensitivities.What is good for the goose has got be good for the gander.

More pictures:http://www.flickr.com/photos/mikeghouse/sets/72157633996656491/show
URL - http://theghousediary.blogspot.com/2013/06/ghouse-on-bill-oreilly-about-indonesian.html
We have to stand up for up for every one's right to be who they are.

If we can learn to respect the otherness of others, and accept the God given uniqueness of each one of us, then conflicts fade and solutions emerge.

That is exactly what the Miss World Pageant did, they agreed to respect the Indonesian culture, predominantly Muslim to address their concerns. When in Rome, do as Romans do.

In fact the chairwoman of the Miss World Organization, Julia Morley said, "Indonesia is designing for us a very beautiful one-piece beachwear, and I'm very happy with them," she told The Associated Press by phone from London, adding that the pageant will include a special beachwear fashion show.

"All of the 130 contestants will be required to wear Bali's traditional long sarongs instead of the sexy bikinis that are historically part of the competition," said Adjie S. Soeratmadjie of the RCTI, the official broadcaster and local organizer.

As Americans, we are open to most things, but we have our own problems. We have protested against the sinful ugly war, Muslim protests against Bikini, so what?

Aren't we sensitive to the needs of our business?

Would a traditional Jewish family eat in a restaurant where the meat is not kosher? If the restaurant is predominantly in a Jewish community or Muslim community, it is in their business interest to serve Kosher/ Halal meat, is it not?

So what if we are sensitive to the need of Muslims in a predominantly Muslim population? Why should we push our way on to them? Do they push their ways on us?

We should be proud of the demonstrators, it is a sign of democracy, if the Republicans do not protest, Obama will get away with many things. Protesting the democractic thing to do, and we must appreciate it.

Forget the Jews, Muslims and Hindus; would you and I eat dog meat, if that is served in a restaurant? Did we not protest Horse meat in burgers?  What about McRib by McDonalds?  What do Jack in the box and McDonald's do? Hindus protested about beef ingredient in the French Fries as well.

Why do we need to piss people off? What is our gain?

Dale Carnegie had once said, if you want to gather the honey, you don't kick the beehive. We need to be sensitive to the needs of the culture we operate in.

Opposing Bikini is not a Muslim thing to do, it is indeed a Cultural thing. Hindus have done, Muslims have done and Christians have done it.

In 1996 the pageant was marked by violent protests in India - Mind you this was done by the Predominantly Hindi culture. The event was culture sensitive, the models danced to traditional Indian music and dance.

There is the business angle - 2 billion people watched it.

When Tebow knelt on the field, how many Christian Americans loved it?

Bangalore was flooded by 10,000 para military troopers, water hoses, sniffer dogs… to protect from the protestors

Shashikala, leader of Mahila Jagran Samiti (Forum for Awakening Women) which had promised the immolation protest, remained at large, police said. But an unemployed man in southern India died after setting himself ablaze in protest.

The Miss World pageant was dogged for more than two months by demonstrations. Let the Muslims protest, it is their right to do and we have to admire their freedom.

Mike Ghouse is a speaker, thinker and a writer on pluralism, politics, peace, Islam,Israel, India, interfaith, and cohesion at work place. He is committed to building aCohesive America and offers pluralistic solutions on issues of the day atwww.TheGhousediary.com. He believes in Standing up for others and has done that throughout his life as an activist. Mike has a presence on national and local TV, Radio and Print Media. He is a frequent guest on Sean Hannity show on Fox TV, and a commentator on national radio networks, he contributes weekly to the Texas Faith Column at Dallas Morning News; fortnightly at Huffington post; and several other periodicals across the world. His personal site www.MikeGhouse.net indexes his work through many links.
Posted by Mike Ghouse at 11:22 PM No comments:

Each picture below will tell a short purposefull story and connect, move and prompt action at least in your thoughts to begin with. God willing, I intend to share 25 such stories in working towards cohesive societies by the middle of May 2011. Thank you for visiting. 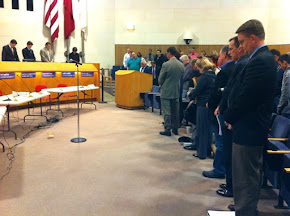 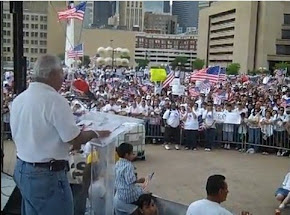 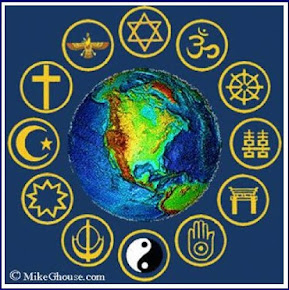 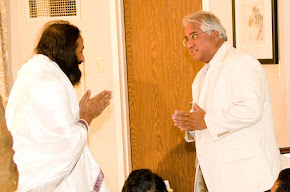 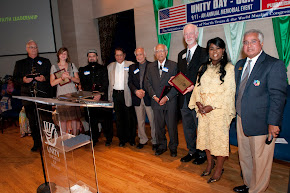 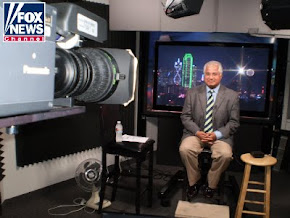 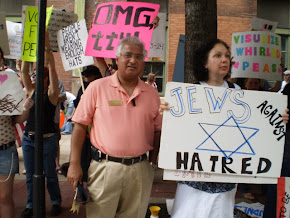 Standing up for Gaza 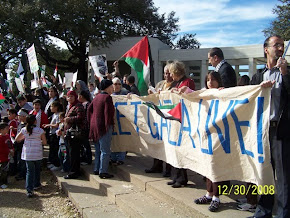 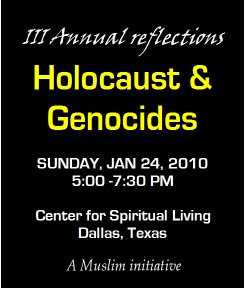 Experimenting in being in others shoes 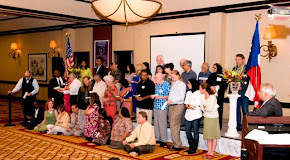 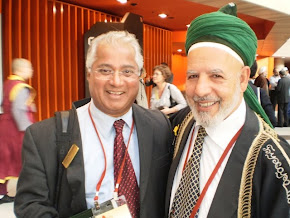 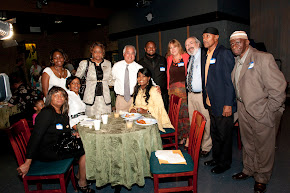 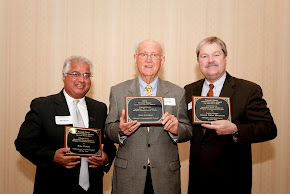 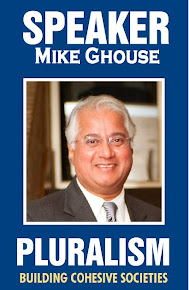 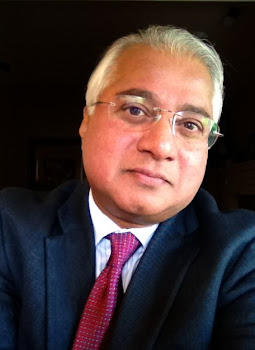 Talk on Purpose of Religion 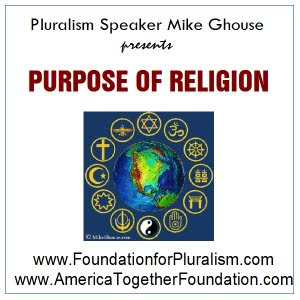 Talk on Wisdom of Religion 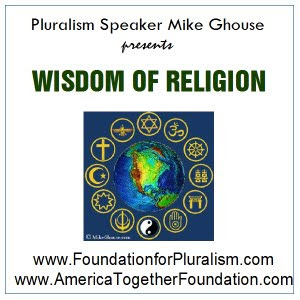 Talk on Religion and Humility 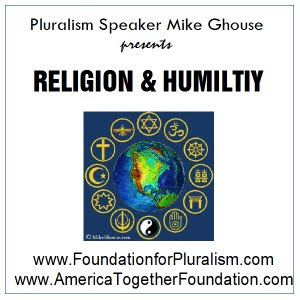 Talk on Kingdom of Heaven 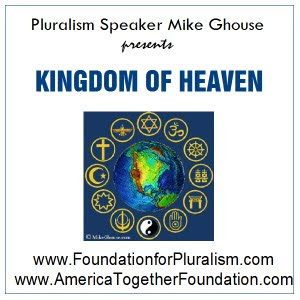 Talk on Americans Together 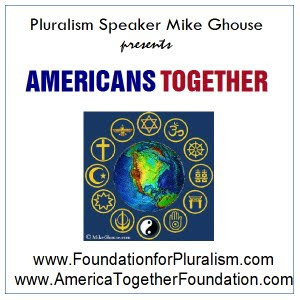